Please make sure your child brings their P.E. kit. Please can your child bring a named water bottle to school that day? Please check the weather forecast so that they are prepared for the sunshine (or the rain!)
If possible, we’d like children to wear something in their house colour. This could be their t-shirt, shorts, hair accessories, sweat band or a sun hat.  Children will be given a note on Monday to remind them of their house colours.

The houses and colours are:

(No problem if they don’t have anything in that colour – we know it’s short notice!)
After sports day the children will return to school with their teacher to collect any belongings, and leave as normal with the bell. A piece of fruit will be provided.

Many thanks,
Miss Mullin

Gill Bird, the Education and Outreach Officer from the Highlanders’ Museum at Fort George, led an afternoon workshop all about World War 1 today.

We started off by being given artefacts to examine in pairs – we had to try and guess what everything was.  Gill was very impressed by our deduction skills.

Can you figure out what these are?

After we found out what everything was, Gill explained how the design of gas masks has changed over the years.  We got the chance to try on a gas mask from the 1970s.  Gill showed us a Gas Rattle, used to warn the soldiers of a gas attack, and we had a go at using it.  It was really loud in the classroom but we didn’t think it would have seemed loud in the trenches.

We had a look at the uniform worn by the Highlanders on the battlefield, and felt the weight of the rifle that they had to carry.  We were surprised that they wore kilts in the trenches, and we were shocked to hear that it got so cold overnight that the kilts froze and cut the legs of the soldiers (and they got frost bite on their knees too!)

The most unpleasant bit was smelling the gas and sweaty feet from the trenches.  The saddest part was hearing Gill read a young soldier’s last letter.  A poignant end to a really interesting, hands-on session.

Many thanks to Gill for coming out to see us.

On Tuesday, P6/7 had a lesson on Graphic Communication in the high school’s Craft and Design workshop.  Miss Walker asked the pupils to design a themed alphabet.  It was a great chance to get to know another high school teacher a bit better, and to experience another classroom.

Thanks to Miss Walker for teaching the class while Mrs Woodhouse is on her adventures at Laggan!

The P7s had a great experience at Cameron Barracks on Monday at the Safe Highlander event.  The pupils were put into mixed teams from 4 different schools and then spent about 10 minutes at several different stations.  They learned about stopping distances, as well as safety on and near building sites and railways.  They also assessed the fire risks in a bedroom.  There was also information about substance misuse and internet safety – a lot of learning packed in to less than 90 minutes!

P7s ~ What was the most memorable moment of the day?

We have been revising the colours and learning phrases to describe people in French.  In trios, we were each given 6 descriptive sentences and then we had to create a character that embodied all of them. 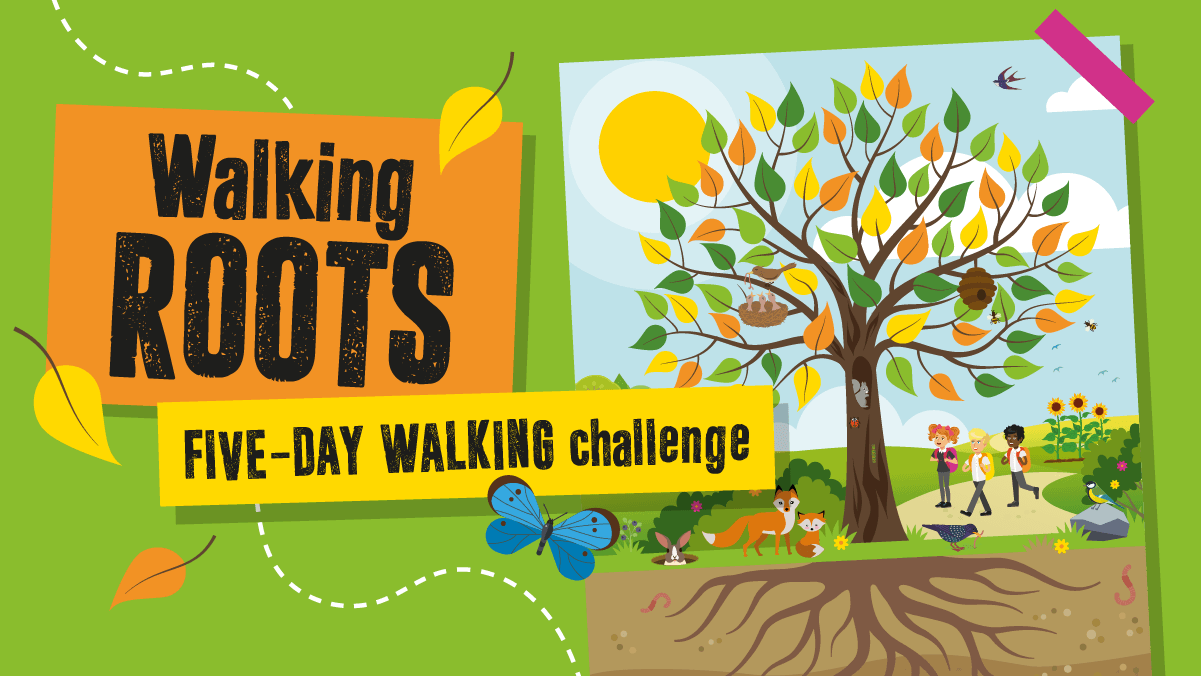 We are delighted to tell you that we are taking part in Living Streets’ Walk to School Week (21-25 May)!

This year’s five-day walking challenge for the week, Walking Roots, will take your little ones on an exploration of a tree’s ecosystem and will provide them with fun, educational activities that they can complete each day in school.  At the end of the week, they’ll be rewarded with a packet of Living Streets’ sunflower seeds to grow and nourish at home.

We’d love for all our parents and carers to get involved because walking to school isn’t only fun it’s healthy too!  We’ll be starting our activity diaries on Monday and sending them home on Friday.  Inside these, there is plenty of information about how you can enter a prize draw and support Living Streets’ National Walking
Month.

Today we visited Glenurquhart Community Library to view the #ComingHomeWW1 exhibition.  The pupils were particularly fascinated by the #PrimarySources used. Thanks to #HighLifeHighland staff for making us so welcome.

P6 had a fantastic day on Thursday. Mrs Laird posted this on the main News section of the school website.

The P5 and P6 children had a superb day up at the North Affric estate today learning about the journey traditional upland estate management focusing on deer as a central theme. The children were joined by Cannich Bridge Primary and Balnain Primary.  They completed various activities throughout the day learning about the Country Code, the story of venison from hill to plate, habitats and deer management.  We were very well looked after including a superb venison burger lunch.  A huge thank you to Sandra Reid for organising the event, Scottish National Heritage, North Affric Estate for hosting, Trees for Life and our parent helpers.

Primary 6 had a fantastic day at North Affric yesterday. Several P6s commented that they loved seeing the Tawny Owl chicks in the tree, as well as finding out about the larder. 🙂

What a fantastic day we had in North Affric today!  The P5 and P6s from Glenurquhart learned a lot about estate management and how deer fit into the food cycle and wider eco-system.  Many ate delicious venison burgers for their lunches (if you are wondering why there are uneaten sandwiches in their lunch boxes!)….though many ate both!

Obviously, after being out in nature all day make sure you do a tick-check tonight!

Thank you to Mrs. MacPherson and Tommy for their help today.

Thanks to the Eco Reps for the thought provoking assembly and for litter-picking our playground.

Our Eco Committee led an informative assembly telling us about Keep Scotland Beautiful’s roadside litter campaign.  The campaign is calling for a week of action and for people to get involved by giving Litter a lift and taking it home!

We heard some shocking facts such as 50 tonnes of litter is collected from Scottish motorways each month ~ this is the same weight as 8 elephants! Over 100 bottles and cans are found for each mile of roadside in Scotland.  Crisp and sweet wrappers are found by the side of 71% of Scotland’s roads.  We were shocked to hear that 80% of marine litter starts its journey from the land.

P4 pupils (a.k.a The Litter Patrol)  made a start to our week of action by litter picking our playground and path to school.  They did a tremendous job!

This is a text widget, which allows you to add text or HTML to your sidebar. You can use them to display text, links, images, HTML, or a combination of these. Edit them in the Widget section of the Customizer.